Francesca Talenti is a director and designer who has exhibited her work from The Folger and The Guthrie, to Sundance and PBS National by way of Mumbai, Göteborg, Casablanca and many others. She has won 18 awards and has received grants from the Independent Television Service, Latino Public Broadcasting, and the Kauffman Foundation. Favorable reviews of her work have appeared in The New York Times and The Washington Post. 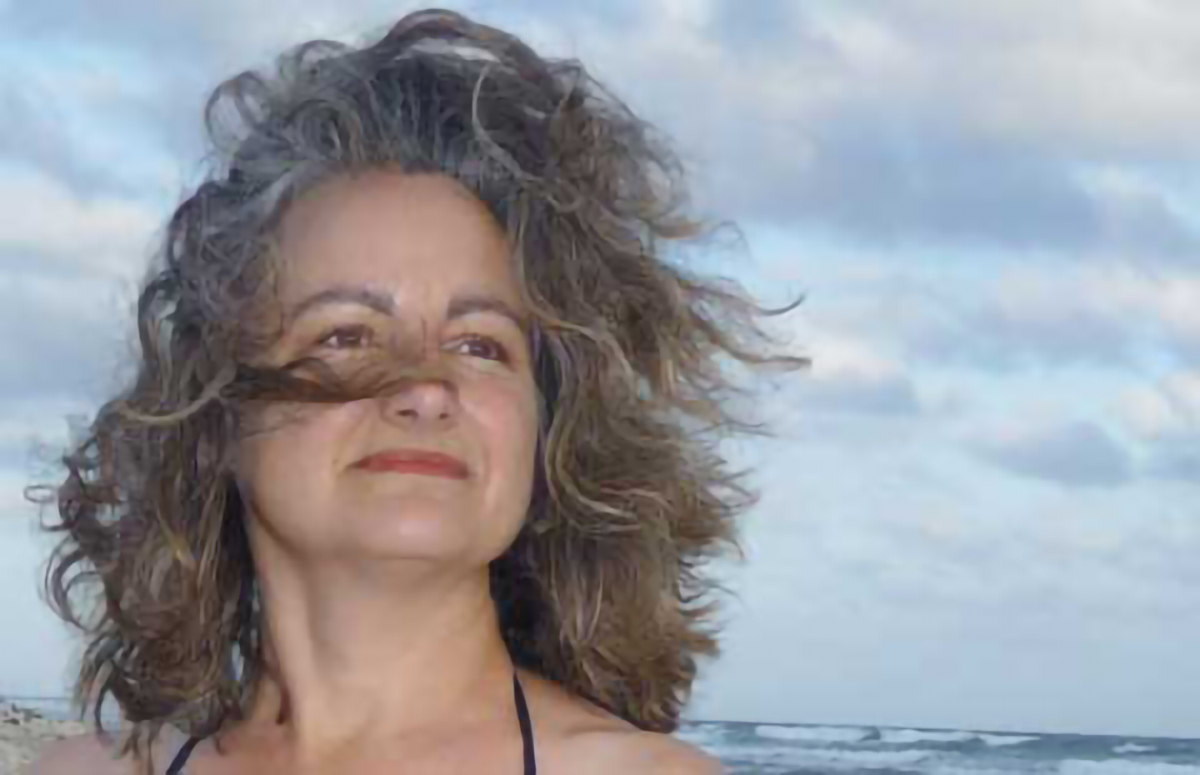 Francesca Talenti provides animated video projections at the back of the stage that feature swirling celestial images suggestive of “the music of the spheres” (a phrase in the play).
– Charles Isherwood, The New York Times

Set designer Jan Chambers works in concert here with video designer Francesca Talenti to conjure angry sea squalls via a swinging platform and a projection of galloping ocean waves; in other instances, a backdrop darkens to reveal a lovely starry canopy in the night sky, out of which a gracious god like Diana (Emily Serdahl) can propitiously appear.
– Peter Marks, The Washington Post

THE UNCANNY VALLEY – Writer and Director

The Uncanny Valley is technically impressive and intellectually haunting, forcing the audience to face the growing role of technology in our world.
– Sarah Lucie, Show Business Weekly

It’s the Turing test with life-and-death stakes – and a conundrum we hopefully won’t have to tackle for a long time to come.
– Rachel Courtland, Spectrum IEEE

The show had me on the edge of my seat the entire time.
– Rachel Weinberg, Broadway World

It’s as if My Dinner with André had been co-written by Thomas Pynchon and William Gibson.
– Brian Howe, The Independent Weekly

The company’s current production of Hamlet boasts just one unique feature, but it’s a good one. Francesca Talenti has converted the play-within-a-play into a video presentation, which spills across James Kronzer’s pristine white set and keeps the onstage audience at the center of the action. A… bravura moment.
– Susan Berlin, TalkinBroadway.com

The play within the play… is staged as a kind of art film, silhouettes projected onto the faces and bodies of the actors, Velvet Underground “Exploding Plastic Inevitable”-style. It’s a stunning effect.
– Chris Kilmek, The Washington Examiner

Also haunting is the video design by Francesca Talenti, which makes for a truly eerie play-within-the-play scene.
– Jenn Larsen, WeLoveDC.com

Each guest is run through facial recognition and identified on screens above, which becomes a handy guide for the audience to keeping straight the cast of nearly a dozen. It is through the video screens, too, that we see the transfer of large sums, as if Bitcoin.
– Roger Catlin, Broadway World

Designed as a virtual underwater opera and interactive game, The Bathysphere features three-dimensional animations and projections on the walls, ceiling and floor of a space, creating under- and above-water worlds.
– The Herald Sun

The work is immersive and quite pleasant as you are surrounded by the soft blue tones of a simulated underwater environment. Therein, sea creatures wander about seemingly at random as a minimalistic soundtrack plays in the background. The projections seem random, that is, until you see your fellow audience members holding and waving about strange objects. The work is interactive: visitors control the digital sea creatures by moving around objects with sensors on them: an umbrella, a fishing pole, a ball. It’s really quite playful and amusing; check out the video for a better idea of what it’s like…
– Adam Rogers, Hastac.org

Walking into Francesca Talenti’s Genesis: Mishaps in the Kitchen is like walking into a warped fusion of science and technology with your average kitchen… Using actual-sized appliances, small-scale sculpture elements and video and audio presentation, Talenti’s alternative kitchen asks big questions… Each installation intersects life with machine. Talenti points to the idea of how scientific development has led us to create technology, which, in turn, is now having a hand in our own creation.
– Sarah Lupton, The Independent Weekly

Far from serving up culinary delights or enclosing a patriarchal division of labor, this kitchen is a space of projection and reflection. This is a kitchen whose traditional use value has been undone… We witness perplexing juxtapositions of unfortunate human fates shaped, in large part, by technology: polar bears in fridges, toys in microwaves, ambulatory care on cooktops, the destruction of libraries in dishwashers…
– Dr. Richard Langston, UNC Chapel Hill

In Palm Quart… the video is made up of both still and moving images of palm trees shot all over Los Angeles. Each player is again given a string and pitch range, as well as a quadrant of the screen to “read” as the palm trees pass by. Francesca Talenti (the filmmaker) and Randy both thought that palm trees looked like musical notes, so they filmed them upside down, sideways, from cars and standing still, you name it…

Now, to me one of the most striking things… is how completely consistent and formal they sound. No matter what groups play them, in Los Angeles or New York, today or twenty years ago, they always sound the same. Seems strange and impossible at first, but I swear: If you closed your eyes and did not look at the screen, it sounds as if you are listening to a piece of Xenakis or Ligeti, something very complex and difficult to realize. However, open your eyes, and the images we see on the screen make these pieces delightful and full of fun and humor.
– Steve Horowitz, NewMusicBox.org

Composed of sublime images of jelly-fish, stock footage of acrobats and outtakes from The Planets, her 2003 Sundance honoree, it achieves a goal of non-narrative cinema: its effects defy description.
– David Fellerath, The Independent Weekly

The Planets, is a gorgeous–and unconventionally animated–rendering of the solar system in rapturously swirling colors, to narration provided by an old NASA tape.
– David Fellerath, The Independent Weekly

The Planets can bridge the gap between abstract painting and film.
– Leigh Dyer, Charlotte Observer

Full of visual splendor and genuine laughs… original and engaging… Snake Tales proves once again that an imagination is worth its weight in celluloid.
– Jim Bartoo, Hollywood.com

An absolutely wonderful, almost surreal, serpentine story… Stories [which] all intertwine in completely unexpected ways, building to a hilarious and perfect ending… One of the funnier films I’ve seen in some time.
– Edison Carter, Aint-it-cool-news